Kennings are poetic compound-words used in old English and Icelandic literature. Thus, a word for the sea (appearing in The Anglo-Saxon poem, The Wanderer) is "whale road". Compound words are a feature of most Indo-European languages. "Himalaya" means literally "abode of snow". The various kinds of compounds (samasa) were carefully catalogued in Sanskrit, from Tatpurusha to Bahuvrihi. When Homer speaks of "the wine dark sea" (οἶνοψ πόντος) this too is a compound or epithet, rather than a metaphor, as the word "sea" does not appear in the original. The words literally mean wine + faced.

Wikipedia has an interesting article on this particular epithet. Apparently the Greeks had a hard time finding words for dark blue, though it may have been that the wine of Homer's era had a bluer colour than today's.

Other ancient peoples may have had similar difficulty with the colour. In Sanskrit, the word krishna can mean either black or dark blue. This is probably why the god Krishna, a dark-skinned Dravidian deity, is often painted with blue skin. The Hebrew word for blue, kahol has the same origin as kohl, the dark eyeliner that is used across Africa and West and Southern Asia, by both men and women. Muhammad used and recommended it, like fierce Pashtun tribesmen today. Kohl can be made from plant or mineral sources, but all of these are black, rather than blue.

The words that are used for kohl in Pakistan and northern India, like kajol, seem to derive from the same Semitic root. As does the English word alcohol which comes to us through Arabic, though it originally meant powder of the mineral antimony.

Another Sanskrit word for blue, "nila", may be cognate with the name the Greeks and Romans gave the Nile river in Egypt. A samasa epithet for the god Siva is "Nilakantha" (Blue Throat) because his neck turned blue when he quaffed the halahala poison. Or maybe just too much alcohol.

✭How did the ‘great god’ get a ‘blue neck’? a bilingual clue to the Indus Script
https://www.harappa.com/sites/default/files/pdf/Nilakantha-IM.pdf
#india

✭ICC rules it can investigate alleged war crimes in Palestine despite Israeli objections | International criminal court | The Guardian
https://www.theguardian.com/law/2021/feb/05/icc-rules-it-can-investigate-war-crimes-in-pal…
The international criminal court has announced that it has jurisdiction in Palestine, clearing its chief prosecutor to investigate alleged atrocities despite fierce Israeli objections.
#palestine

✭Greta Thunberg effigies burned in Delhi after tweets on farmers' protests | India | The Guardian
https://www.theguardian.com/world/2021/feb/04/greta-thunberg-effigies-burned-in-delhi-afte…
"Media access to the protest sites has been largely cut off. A journalist was arrested for entering one of the sites over the weekend, and nine Indian journalists are facing charges including sedition and conspiracy over social media posts relating to the protests."
#india

There is no solution for the writing of plain text email messages in right to left languages. Thunderbird and other email clients sometimes have a means to write from right-to-left so that in the compose window the message appears correctly for the sender, however the receiver still gets the message with the text aligned at the left hand side, with all the end-of-sentence punctuation backwards.* If there is a single word or term (such as a hyperlink) in Latin letters, the words that appear before that word are moved to the opposite side of the line, so the sentence will be garbled and unintelligible. (The latter is a problem that pops up also in dialogue boxes of the operating system, when the interface language is in a right-to-left language.)

Basically, one is forced to use rich text or html for right to left languages because only there you have direction tags. For email purists, like I try to be, this is an unresolved problem. 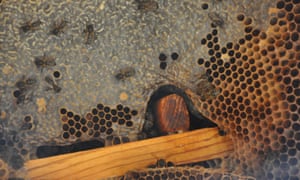 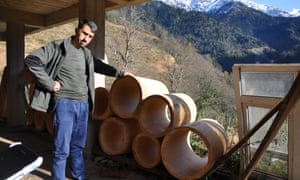 History is littered with stories of the psychoactive properties of deli bal, still produced today in the Kaçkar mountains

Of course, the Sanskrit word for honey, madhu, like mead (the ancient drink made with honey) and mad (which is Sanskrit for hilarity, rapture) all come from the same Indo-European root.

Twice in 24 hours, I've come across news articles that muddle the use of the words effect and affect; today it was CNN: 'Some protesters say this is their last chance to affect change before 2047, when the "one country, two systems" model that Hong Kong is governed by expires.'

Sometimes I think we should just relax the rules of English spelling; other times I think that insisting on rules helps us to think more precisely. What's certain is that we unconsciously give less credence to writers with poor or unorthodox spelling. 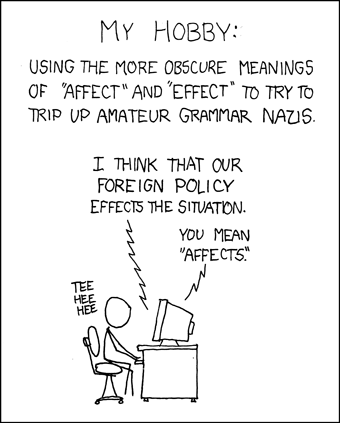 The word "bustan", meaning usually an orchard or garden, is used by various Jewish-Palestinian organizations because it is known both in Arabic and Hebrew, and because it has pleasant associations in both cultures.

Interestingly, the word apparently comes from Persian. Bu- means fragrance. -stan means "place". My source for this is the website www.iranica.com, which also mentions that Armenian has a word, burastan, which derives from it. The same source says that Bustan is a word only in New Persian, which goes back only as far as 800 BC. Since it somehow got into Hebrew and Arabic, I would have expected it to have arrived earlier.

The word -stan, i-stan, meaning "place" is familiar to everyone, since it appears in the names of numerous central Asian countries. It's from an ancient Indo-European root, cognate to the Sanskrit sthaa, sthaana, etc., and the English word stand (source: Monier Williams Sanskrit-English dictionary).

The same iranica.com article also mentions various other words for garden. The word baag, an older Persian word, also means garden, but is more strictly a "lot" or "piece" of land. It derives from an Avestan word for "share", just as in Hebrew, the word helka or lot, comes from the root helek or share. Baagh became a common word for garden in Urdu, Hindi and other languages.

Gardens seem to have been very central to Persian culture, for yet another of their garden words conquered the world: paridaiza (in Old Persian, originally from Avestan), from which the English word paradise, the Arabic word ferdaws, the Greek word parádeisos, and the Hebrew word pardes, are all derived. The word means literally an enclosed place (i.e. with walls around it). A longer explanation is to be found at balashon.com, which explores Hebrew etymology.

The English word garden expresses a very similar concept to paridaiza, in that it too means an enclosed space. It is cognate not only with another English word yard, French jardin, German garten, Latin hortus (cf. horticulture), but also with words meaning fortifications, like the Slavic grad, the old German gard (source: Wikipedia).

The usual Hebrew words for garden, gan, gina, come from the same root as lehagen: to defend or protect. So again, that's the same concept as paridaiza and garden.

Why can speakers of some languages pronounce some foreign phonemes and not others? The usual explanation is that they don't grow up hearing and using certain sounds. I do not always hear the difference between Arabic gutterals and have difficulty hitting on the correct h for Muhammad. Most Arabs are unable to say p, and are unable to hear the difference between p and b.

But why are Jewish Israelis able to say w, which does not exist in Hebrew, while it gives Germans such a hard time? And how come some Israelis drop their h's, when the letter does exist in Hebrew? It's true that the latter is more of a tendency than a disability. The same tendency is also present in northern Britain. French speakers have a still harder time with the h.