The olives are in bloom, meaning many people will have allergies. It looks like there are many flowers this year: does that mean there will be many fruits? (Olives are famously biennial bearing). 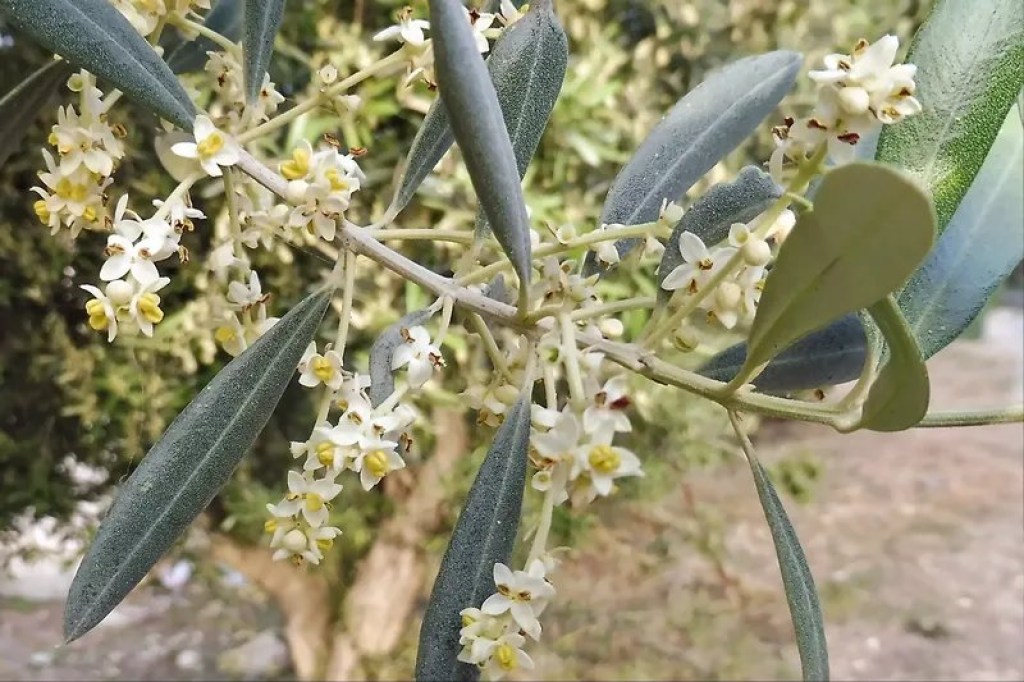 Low-hanging loquats: the birds leave us a few.

Manuel linked to the Spanish translation of an article of a Prof. Boaventure de Sousa Santos, a professor of sociology at the University of Coimbra in Portugal. The article is called "the inconvenient complexity" and concerns the situation in Ukraine. In English I was able only to find a different article by him, Europe Is Sleepwalking Into Another World War, which is published in a Bulgarian newspaper.

Unfortunately this is one of those times when people tend to see reality in mutually opposing ways. As with those optical illusions, you can see something as either one way, or you can see it another way, but never both ways at the same time. So everyone is speaking with absolute conviction, and they are being utterly honest. They become extremely angry whenever someone like this professor or Noam Chomsky come along and point out nuance or complexity.

Optical illusions are always manipulative. Someone has worked very hard to create the conditions in which we will see reality in a certain way. That old riddle about newspapers, "What's black and white and read all over?" still rings true. In times of war, everyone is seeing reality in black and white terms, and the outcome really is red all over.

The question is what to do about nuance. Also known as fud. It's popular among Israelis to introduce complexity whenever there is discussion about what should be done about the occupied territories or the possibility of restorative justice. Beneath complexity, we look for hard truths. The image of justice is always the scale. Taking all of the complicating factors into consideration, we "weigh" our options.

There will always be people like Christopher Isherwood, who, like his friend W.H. Auden, fled to America with the onset of war. Its usually those who enjoy privilege who are able to evade conscription, though they are not necessarily wrong to do so.

When I was faced with the prospect of being conscripted into the Israeli army, I became so convinced that this is not something that I should do that I worked with uncharacteristic determination to ensure that it would never happen. But I would never argue that everyone should make the same choice. I do not know whether there is a soul, but I do believe in the existence of conscience.

Being aware of the attempts to manipulate our opinion, perceptive of complexity, and bearing in mind concepts like responsibility, of our individual and group roles, and many other things, is never going to be easy. But, at least in societies where the individual is king, that is what we must do. We load everything on the scale, and see which way it tips.

If we are lucky, we may not have to decide whether we personally need to fight. On the other hand, we can't ignore a conflict taking place on our doorstep. Should we make sacrifices in order to boycott the aggressor?; do we agree that our nation will send weapons? What if it comes to an all-around war such as de Sousa Santos envisages?

This article is full of interesting information, but is of little practical value to designers. Some people read some fonts more quickly, whereas others read other fonts more quickly, and most are not actually aware of which fonts work best for them.

One of the most often used fonts, Open Sans, seems to have the worst readability. I'm surprised that Garamond tops the list for readable fonts.