There are a few articles and YouTube videos on how to do what I spent a few hours fiddling with today. But eventually I grew convinced that the reason I stopped using my old router was that it simply doesn't work - in any capacity. Not even after several attempts and a firmware upgrade. Also another old range extender didn't work. I do have one range-extender working, and I've done this before. Never mind; now I know just to ditch these old devices.

I stared at the following picture in my feed today: 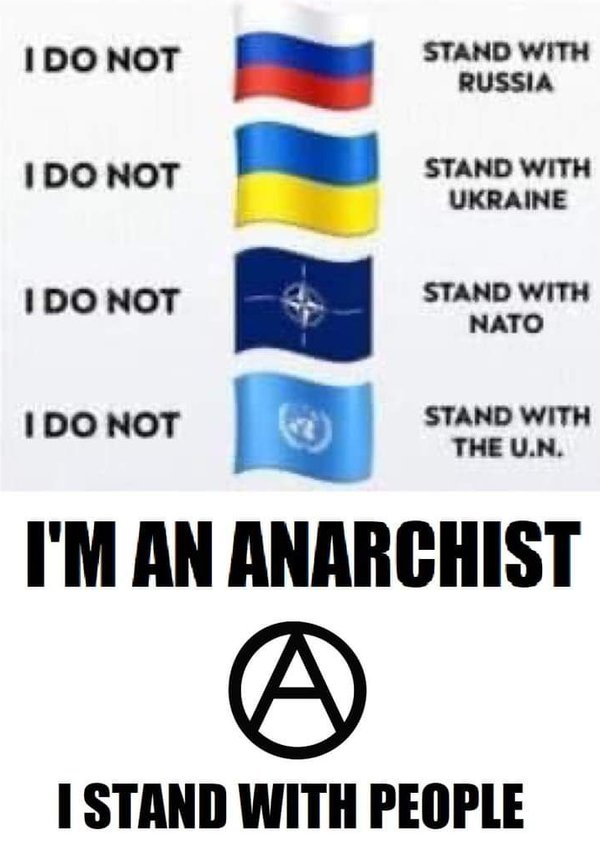 And I thought: That's not it. I'm not an anarchist. Just a nobody. I love it when there are others whose job it is to collect the garbage. In the early days of the village, before we were formally recognized as one, we had to take turns with the garbage. Goodness, that was a smelly job. One day there was a dead sheep in one of the bins, crawling with maggots. The guy who was on collection duty had to empty everything into a big green container - I suppose even then, it was the state's responsibility to remove that at least. But today I pay my taxes and it's somebody else's function to remove the garbage from its varicolored bins. I'm told that the salary isn't so bad.

My ideal state is one in which the recycling bins get emptied and the trains run on time. It doesn't involve complicated matters like citizenship and patriotism. It doesn't require a flag. Those who live there pay their taxes, treat each other as equals and abide by a reasonable set of laws.

Recently we have a wave of stabbings and shootings. Five people were shot dead tonight in Tel Aviv. Ayelet Shaked, the Interior Minister, came on and yapped about cancelling citizenships. I don't have one of those either, come to think of it. I do have a foreign passport, though its only current utility is to allow the brief respite of traveling from one corrupt, racist, soul-destroying country to yet another corrupt, racist soul-destroying country. They are in many ways the same.

No, I'm not an anarchist; just a nobody; one of those stateless, allegiance-less world citizens that Margaret Thatcher said are "citizens of nowhere" and whom nationalists everywhere love to malign. For me, countries are purely a matter of convenience. We give something and get something back. I would be happier if the groupings were a little smaller than these hateful conglomerations of unknown millions, who are pleased to kill each other on the slightest whim, vandalize anything that is not their personal property, and shrug off the destruction of the biosphere as if it is of no concern of theirs. Human beings find it hard to relate to each other or the earth fairly, as soon as their numbers grow too high or the territory too large.

We need treaties and covenants - all those declarations of the rights of the child and of women; international days for peace remembrance of past holocausts - they should be taught in school and shown to us in place of cola ads. We need frameworks to manage the delicate matter of how communities deal with other communities. It's just that the whole thing should be based on a modus operandi of cooperation instead of rivalry. Let there be a NATO. Give it a more inclusive name. Rename it the Russian Federation for all I care, but bring China and India in too. Once everybody is in the alliance, nobody will be left outside of it to fight with.